Orishas across the Ocean 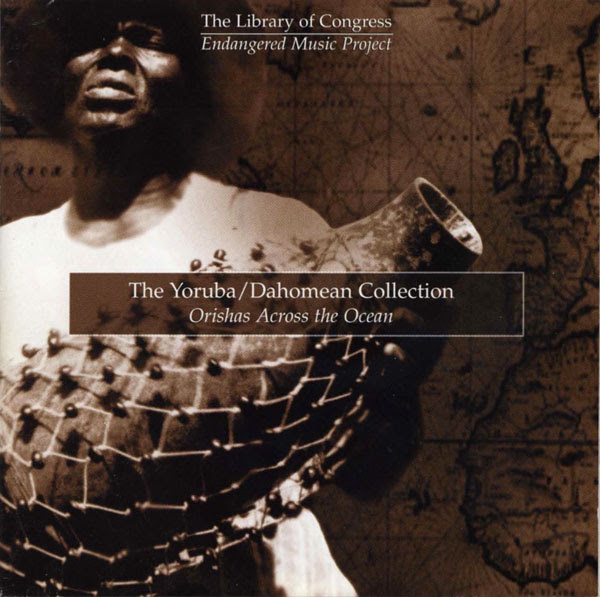 The 24 tracks featured on this Endangered Music Project release are musical snapshots of Haitian vodou, Cuban santería, Trinidadian shango, and Brazilian candomblé rituals recorded between the late 1930s and the mid 1950s. Despite separation by hundreds of miles and differing colonial pasts, the Cubans, Brazilians, Haitians, and Trinidadians heard on this album all sing and drum to orishas (gods) stemming from the Yoruba and Dahomey religions of their West African ancestors brought to the Americas through the slave trade. The album was captured by prolific recordist Laura Boulton and Afro-American scholars Melville Herskovits and Lydia Cabrera. The Yoruba/Dahomean Collection: Orishas Across The Ocean was issued in 1997 as part of the Endangered Music Project, a series curated by Grateful Dead drummer Mickey Hart featuring material from the Library of Congress' American Folklife Center (now part of the Mickey Hart Collection made available by Smithsonian Folkways).

Liner notes as pdf download from this page : (forgot to include them in the file)
http://www.folkways.si.edu/the-yoruba/dahomean-collection-orishas-across-the-ocean/world/music/album/smithsonian