if you eat asparagus, or if you start your meal with soup and end with dessert, or if you use toothpaste, you owe a lot to one of the greatest musicians in history. He was known as Ziryab, a colloquial Arabic term that translates as “blackbird.”He was a freed slave who made good, charming the royal court at Córdoba with his songs. He founded a music school whose fame survived more than 500 years after his death. Ibn Hayyan of Córdoba, one of Arab Spain’s greatest historians, says in his monumental Al-Muqtabas (The Citation) that Ziryab knew thousands of songs by heart and revolutionized the design of the musical instrument that became the lute. He spread a new musical style around the Mediterranean, influencing troubadours and minstrels and affecting the course of European music.

some more to read from wiki:

Abu l-Hasan ‘Ali Ibn Nafi(c. 789–857), nicknamed Ziryab was a poet, musician, singer, cosmetologist,
fashion designer, trendsetter, strategist, astronomer, botanist and geographer.
He was active at the Umayyad court of Córdoba in Islamic Iberia.
He first achieved notoriety at the Abbasid court in Baghdad, Iraq, his birth place,
as a performer and student of the great musician and composer, Ishaq al-Mawsili.
According to many early historians, he was African or a racially mixed African-Arab;
in this period, the Muslims brought African slaves with them to the lands they had conquered,
and many of these slaves were known for their musical skills.
Ziryab was most likely born in Baghdad, and was trained in the art of music from a young age.
During that time, Baghdad was the center of music in the Muslim world.
According to many sources the accomplished and talented musician Ishaq al-Mawsili was Ziryab’s teacher.
The debate continues about how he arrived in al-Andalus, but it is clear he offended his patron
or some powerful figure with his musical talent.
Ziryab left Baghdad During the reign of Harun al-Rashid in the year 820.
He then traveled first to Damascus then to Ifriqiyya (Tunisia),
where he lived at the Aghlabid court of Ziyadat Allah (ruled 816-837).
Ziryab fell out with Ziyadat Allah but was invited to Al-Andalus by the Umayyad prince, Al-Hakam I.
He found on arrival in 822 that the prince had died,
but the prince's son, Abd ar-Rahman II, renewed his father's invitation.
Ziryab settled in Córdoba he was honored a monthly salary of 200 Gold Dinars,
he soon became even more celebrated as the court's aficionado of food, fashion, singing and music.
He introduced standards of excellence in all these fields as well as setting new norms for elegant and noble manners.


Ziryab was well known for his Olive skin color, thick Black hair, he was tall, slim.
His style was amazing, his voice defining he envisioned a bright future for all people.
Al-Maqqari further states in his Nafh al-Tib (Fragrant Breeze):
“There never was, either before or after him (Ziryab), a man of his profession
who was more generally beloved and admired”.

and finally Hamza el Din's  "Muwashshah" that is his tribute to Ziryab,"the African slave who escaped from the court of Bagdad to become one of Arabic music's most important composers" 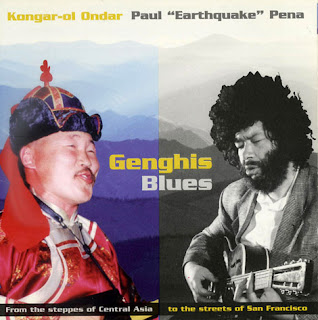 More than just a record, this is also the story of the journey of Paul Pena, a fine blind American bluesman who learned Tuvan throat singing well enough to win a contest in Tuva. His solo tracks, especially his take on Robert Johnson's "Terraplane Blues," are the real blues deal, but this record truly takes off when Pena and Kongar-ol Ondar duet. The blues and the eerie, often-guttural sounds of throat singing make a natural match, one that simply bewitches with the clear overtones and melodies, while the guitar and Tuvan banjo offer simple, but very plaintive, accompaniment. About the only misstep is the inclusion of the Cape Verdean "Tras d'Orizao," which sticks out like a sore thumb from everything else. Get that out of your system, and the rest is pure magic.


Note: bluesmen-worldmusic has some other edition with some more tracks.


My Amigo Miguel is right when he says
music is love so music is free,
but people of industry
do not speak so poetically.
Ask my friend who got 500 € bill
for spreading his love on his own free will.
Laws are different from state to state
and mine is not in favour of higher bitrate,
so please forgive me for covering my ass
hiding ip, encrypting files or using a pass
just paranoia I guess
god bless

one litle word,
I hope, won't
spoil your fun
thegoodone 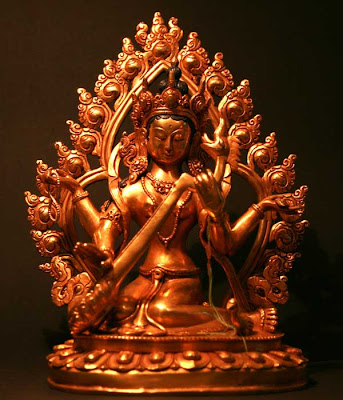 “The message of Indian classical music is one of freedom and discipline. Musicians of the whole world are one big family with only one religion: humanity”
Amjad Ali Khan
***

In the early sixties Vinicius de Moraes was given by Carlos Coqueijo Costa a copy of the LP sambas de Roda e Candomblés da Bahia  a record that deeply impressed the poet, revealing to him an aspect of popular music that he had not yet discovered. Vinicius then showed the record to his friend and partner Baden Powell who was  also dazzled. In 1962 Baden visited  Bahia to present a show with Silvia Teles at the Country Club,and got  acquainted with some artists and intellectuals from Bahia and as he demonstrated his interest in Bahia's African traditions he was  presented to capoeirista mestre Canjiquinha. with Canjiquinha Baden visited the terreiros and the  rodas de capoeira   where the most  important performances of  the songs and the sounds of Candomblé where given. Baden was fascinated, not so much by the mystical sense of what he had seen, but with the beauty of the harmonies he had heard.
When Baden was   reunited with Vinicius  started composing berimbau sambas  and resolves to start composing a series of songs about African culture in Brazil.Around that   time Baden Powell was studying Gregorian chants with the conductor Moacyr Santos and realized there were some resemblances to the afro songs he had heard  in the terreiros of  Bahia and inspired by these two influences he came with   a series of themes composed by merging them with the beat of samba. the result is splendid and of great melodic beauty, giving rise to a new kind of music, the african sambas in the words and the lyrics of Vinicius de Moraes that would be the hallmark of the musical work of Baden Powell


probably you know it already since a long time,most likely you have it too in one form or another-it's everywhere too thanks to all good fellow bloggers,definitely one of the,or THE, modern samba  milestone-s, and as  I feel like revisiting   familiar and loved sounds I share this age long affair here too and  I propose a fresh listening for today , take it or leave it. 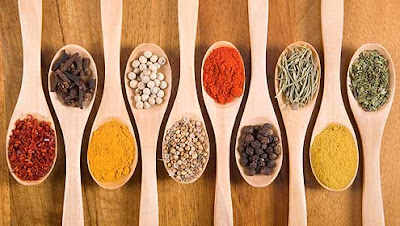 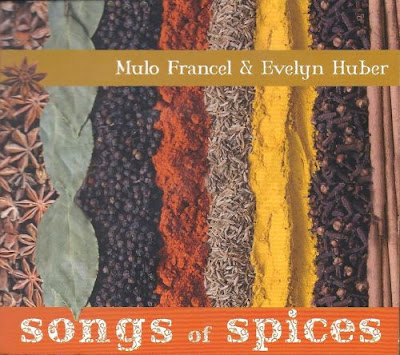 Vasilef Zourdanis (Lira)
Martina Eisenreich (Viola)
Uta Hielscher (Piano)
Prabir Mitra (Tabla)
Wolfgang Lohmeier (Percusión)
.ღ•:*´♥`*:•ღ.
You don't have to ask the ass to get a pass...
music does not know any borders
nor does it obey your orders
it's free
like the honey bee
:-)
Quadro Nuevo 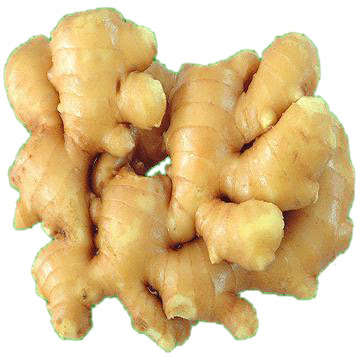