Songs of the Volcano (Slight Return) 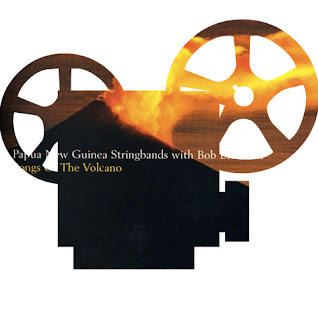 ...Songs Of The Volcano was filmed during two trips in 2003 and 2004, on location in and around Rabaul, Papua New Guinea. The camera I used stood up remarkably well considering what we were up against. On the first trip, the shooting conditions were pretty extreme. The volcano Tavurvur, which had destroyed eighty per cent of the town in a violent eruption in 1994, was still spewing out tonnes of fine volcanic ash, which sometimes got a bit lumpier and fell like snow. Generally it was a bit like bull dust and could find the tiniest gaps to enter, except its razor sharp granules with a bit of friction worked like sandpaper and could wreck anything. Coupled with the incredible humidity and torrential downpours, it was a mighty challenge to keep equipment clean and working properly. When we were shooting outside, I was constantly lens-cleaning with a can of compressed air, brush and cleaning tissues, usually under my shirt or another cover of some sort. ...more

Same old ass same old pass
6 steps to haven, thegoodone is up there.
For some good friends down here...
Posted by kokolo at 5:44 AM