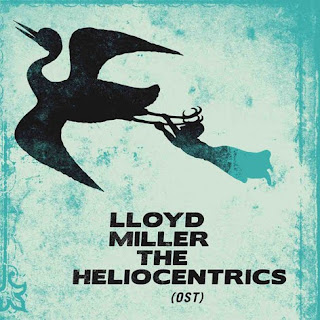 On the heels of Strut’s successful award-winning pairing of the UK psychedelic electro funk/jazz ensemble The Heliocentrics with East African Ethio jazz pioneer Mulatu Astatke last year, the label decided to pair this British band with another enigmatic cosmopolitan jazz legend – Lloyd Miller. Casting off their electronic edge, for this project The Heliocentrics provide a deep, organic, and hypnotic Afro-Arab acoustic funk that flows and swings with agility behind the exotic tones and textures of Miller’s multi-instrumental explorations of Persian modalities and colors.
Miller is not just another jazzer attempting to jump on the world music bandwagon, but rather he is deeply committed to the foreign, namely Persian and Asian, musical traditions that give his brand of global jazz fusion a profound depth and authenticity. In fact, Miller has been mixing Middle Eastern music with jazz since the late 1950s, when he moved to Iran with his family. Building on his background as a Dixieland clarinetist and pianist, Miller studied with Middle Eastern music masters such as Dr. Daryush Safvat and Mahmoud Karimi, developing talents on multiple Persian instruments. He first showcased his unique Eastern-infused jazz on his seminal recording Oriental Jazz from the 1960s, which has since become a cult classic for global jazz connoisseurs and can now be heard on A Lifetime in Oriental Jazz, a recent compilation CD put out by the UK label Jazzman.
read more

....
As an appreciator of exotica jazz, it’s hard to find a better one-stop shop than Miller. Born to a family where his father played clarinet and his mother was a ballet dancer, Miller spent time in Tehran, Beirut and most of continental Europe before receiving a B.A. in Asian Studies from Brigham Young University and an M.A. in Persian Studies from the University of Utah. During this time, he developed a talent for playing santur, zarb, oud, sehtar, dan tranh and dam kim in addition to piano. Persistent touring over the years has helped him stay fresh as a septuagenarian. The origins of this collaboration can be traced to a Jazzman compilation out earlier this year called A Lifetime in Oriental Jazz, which netted an invitation to the U.K. to work with Nostalgia 77 and The Heliocentrics. The latter collaboration produced an EP, and further studio time in February 2010 led to the music presented here.
Read more 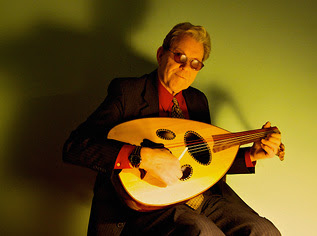 Considering your styles are almost diametrically opposed, was there a lot of initial dischord between you and the Heliocentrics, or was the process pretty smooth?

They're very talented musicians, they hear that thumping rock beat, that hip-hop sound, and I just can't do anything with that. I don't even think Shelly Manne could do anything with it. It was a hard process -- it wasn't like they were bad musicians or bad guys, but it was like Tiger Woods going against wrestlers out to trip limbs. Not even Tiger Woods could do well dealing with that in the grass. I like to play jazz, and they're such nice guys that I didn't want to make them feel bad.

But there were people throwing their sticks on the floor, swearing and screaming. When they sent me the tracks, I initially said that I couldn't play on that junk. To me, it sounded like background music for a horror film. I try to make music that’s very beautiful, but not syrupy -- the sort of beautiful that Miles Davis made on "Kind of Blue." I want to make things that feel like watching the sun set at Santa Monica or Laguna. They wanted to make jumpy, scary music, so there was a problem.

When do you think things started to go downhill?

It was about 1955 or something. There was still some good jazz after that and I don't want to blame the four apostles of the devil for being out to destroy world music, but things just got wilder and louder and out of hand. But I think there's people out there who still connect to the old days. There's a bass player in my band who wears her hair like she lived in the 1930s or 1940s -- like she was straight out of a Doris Day film.

What might happen is that we go in this direction like the Salt Flats in Utah, where we're going 400 miles an hour and pretty soon you realize that you can't go any farther and you have to return to where you came from to avoid disaster.

Do you feel that there's a legitimate chance of this happening?

I’m kind of hoping that on my death bed, there's a neo-Puritan revival. I hope that people get tired of being drugged out and sleepless, and that there will be a movement among youth to wear long dresses and nice suits and not get any tattoos. They'd drink wheat grass, and praise the Lord and not be part of corporate entities that are quick to sell them junk. And they'd gravitate toward beautiful dreamy music like Ravi Shankar and Japanese cultural music, and maybe, just maybe, they’d discover an old LP from Lloyd Miller, and say that this idiot was trying to do it a very long time ago and he was ahead of the curve.
Source 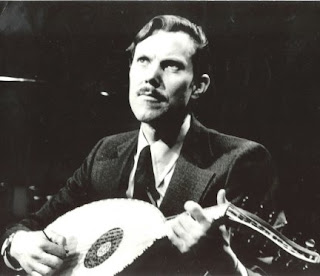